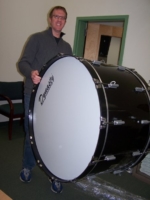 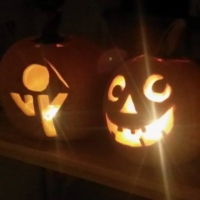 This July, Art will be celebrating 20 years at the VYOA. Who knew that stepping on the Seven Days classified ad for a part-time VYP manager position would lead to an amazing career serving thousands of young musicians throughout the years?!

Art wears many hats as the Director of Operations. In addition to his regular duties as the manager of multiple orchestras he has also stepped in to accompany various ensembles on celeste, piano, and double bass. It wouldn’t be Halloween here without a special VYO jack-o-lantern carved by yours truly. Art is also responsible for a lot of the nitty gritty details to make International and domestic tours possible. He’s worked on VYO tours to China, France/Quebec, Germany/Prague, Iceland, and this year will go to Spain/Portugal. Locally, he’s facilitated VYP exchange programs with Empire State Youth Orchestra as well as in Sherbrooke, Quebec and Springfield, MA. He also makes it possible for VYOA students to participate in the New England Music Festival by going as a chaperone for those sponsored by the VYOA. He’s the mastermind behind audition and sectional scheduling.

In his time here, Art has worked with four Music Directors and two interim VYO conductors as well as a number of other amazing artistic staff. I think all would tell you that he is a joy to work with – a monument to his professionalism and amiable personality. While he always gets the job done, Art is no stranger to some good old-fashioned fun. There’s never a doubt that he can be found driving go-karts, playing laser tag and kickball, and getting wrapped in toilet paper as part of season kick-off activities for our musicians.

Art is definitely the calm collected person you can turn to if you need your car jump started in the winter or have an instrument emergency on concert day. No matter what the circumstance, he always manages to stay calm and find a solution. Before moving into Elley-Long, Art could be seen bouncing back & forth between different ensembles’ rehearsals and Burlington and South Burlington High Schools – something anyone else would have been completely frantic doing.

We could go on and on about Art’s amazing accomplishments here at the VYOA because there are so many. We are so fortunate to have someone that is so committed, knowledgeable, and personable. We are compiling a scrapbook for this big milestone in Art’s career and are accepting submissions of photos, memories, and well wishes until June 1, 2019. Please email mia@vyo.org to contribute.

Thanks, Art! Here’s to another 20 years! 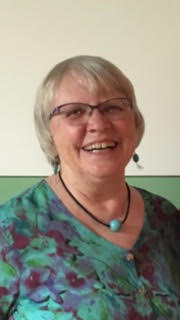 Anne Brown has been a friend of the VYOA for nearly five decades and wears many hats. You may recognize her as a longtime local cello teacher and VYOA cello section coach, but she is also an alumni parent and donor. Alongside her most recent gift she told the story that inspired it:

Anne’s cello student was on the verge of quitting cello. He didn’t participate in any groups and didn’t seem interested in joining any until Vermont Youth Strings (VYS) played at the Shelburne Community School this past April. This student saw one of his close friends in the cello section and he now wants to audition for VYS. In Anne’s words, “What a turnaround!! The impact of your (VYOA) playing in the schools really came home to me!”

We were so glad to hear this success story that we decided to catch up with Anne and give her a virtual standing ovation this month. Thanks for all that you do for the VYOA – from inspiring young cellists to being a longtime donor and everything in between – we are so grateful!

Q. When and why did you first become involved with the VYOA?

A. My involvement with the VYOA started in the early 1970s, when I took my three-year-old daughter, Heather, to the concerts at St. Paul’s Cathedral when the orchestra was led by Peter Brown. A few years later, she joined the String Training Orchestra as a violist, and went on to play in the VYO  (during the years when Soovin Kim and Alex Ezerman were in it) until she graduated from high school in 1989. She has wonderful memories of her experiences in the VYO. Since starting to teach cello in 1995, I have always encouraged my students to play in the various orchestras. More recently, my involvement also includes coaching cello sectionals of the VYS, VYP, and the VYO. I love having these connections with young families and with the VYOA!

Q. How has the organization changed over the years?

A. The VYO was the brainchild of the Burlington Friends of Music for Youth. Two of the prime movers that I recall from that era were Janet Rood and Lynn Alexander. When my daughter joined the STO, they rehearsed in South Hall, on the UVM Redstone Campus. When she was in the VYO, that orchestra rehearsed at Burlington High School, as the VYOA still had no permanent home.

Somewhere along the line, the name changed from Burlington Friends of Music for Youth to the Vermont Youth Orchestra Association, and they added PRESTO (Pre-String Training Orchestra), changed STO to Vermont Youth Strings, and added Sinfonia and Philharmonia. Of course the biggest boost was acquiring a permanent home, the Elley-Long Music Center, thanks to a huge donation by Carolyn Long!

Now there are Rug Concerts, private lessons, and various ensembles, including brass and woodwinds. School tours are also a big part of the outreach program. It’s heartwarming to see the growth of this wonderful organization!

Q. What inspires you to support the VYOA?

A. Growing up with classical musician parents, I started cello so I could be part of our family quartet. Soon I joined the orchestra (and band on trombone) in elementary school and then high school. Also while in high school, I was fortunate enough to play in the orchestra at the Crane School of Music in Potsdam, where I had fantastic musical opportunities such as playing in the Bach Mass in B minor under Robert Shaw and the Fauré Requiem under Nadia Boulanger—both life-changing and life-enhancing experiences!

With school systems cutting back on or, worse yet, cutting out their music programs, the role of the VYOA in students’ lives takes on added importance so that they may have the invaluable experience of making great music with their friends and colleagues.

As a cello teacher, I’ve had many of my students go through the programs at VYOA and watched their growth as musicians. I’m always so pleased for them that they are participating in creating the sounds and feelings of great music, music that will sustain and thrill them for their entire lives, while also making friends and having fun! My favorite form of recreation is playing string quartets with friends.

Q. Why do you think music is an important aspect of a young person’s growth & development?

A. Today you’ll see many articles on the multiple benefits of playing music—training your brain, doing better in math, strengthening reading skills, processing multiple things at once, making lasting friendships, etc. This is all documented through many studies. But I think learning music teaches us how learning in small steps leads to growth; how playing with other musicians is fun and creates bonds; and how music enhances our experiences and moods in life. Want to feel happy? Put on some rollicking tunes. Feeling sad and want some soothing? Put on some lush symphony and let the sounds wash over and through you. For me, music is the background and foreground of my life. And I would like young people to have that in their lives. Thank you, VYOA! 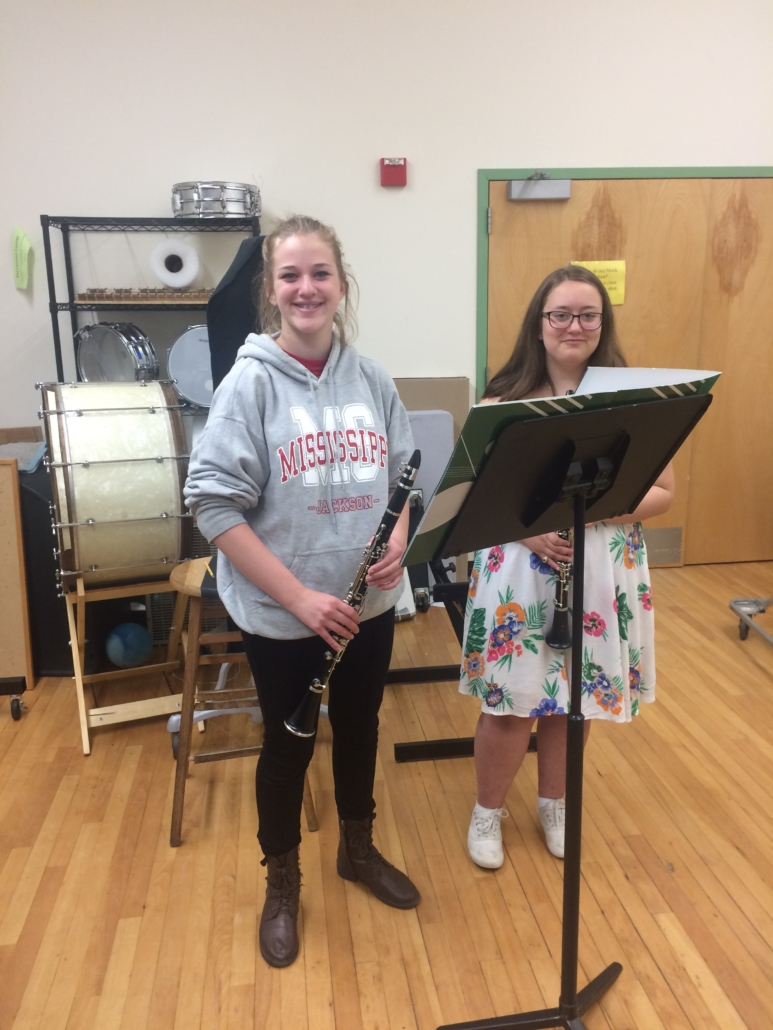 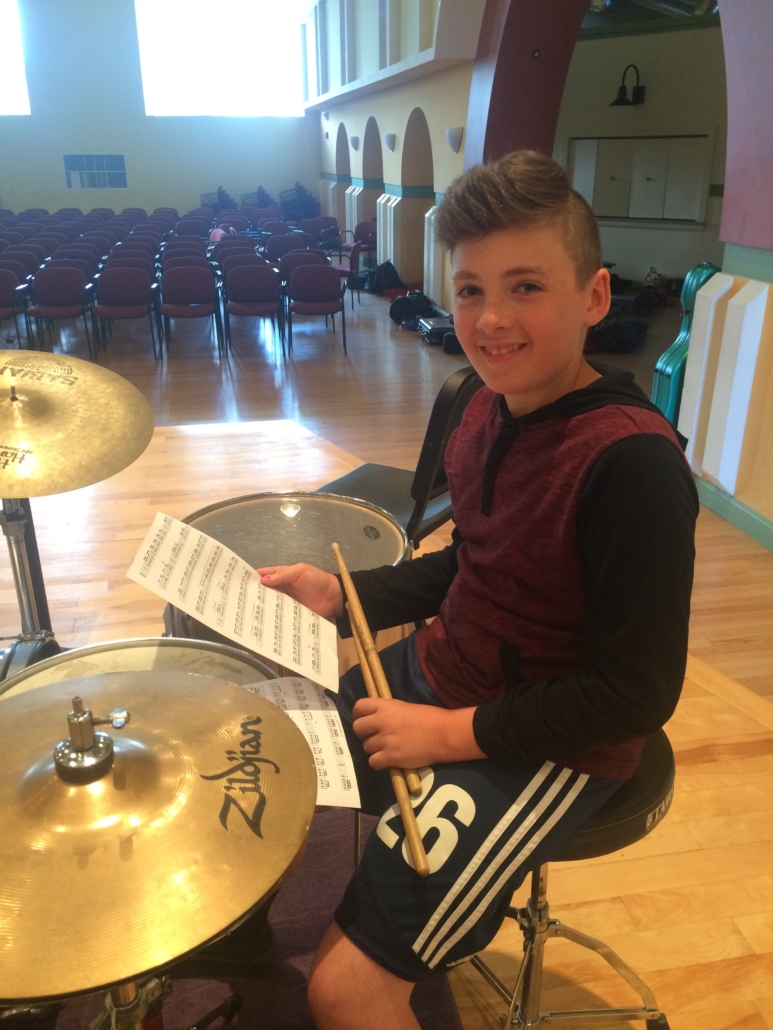 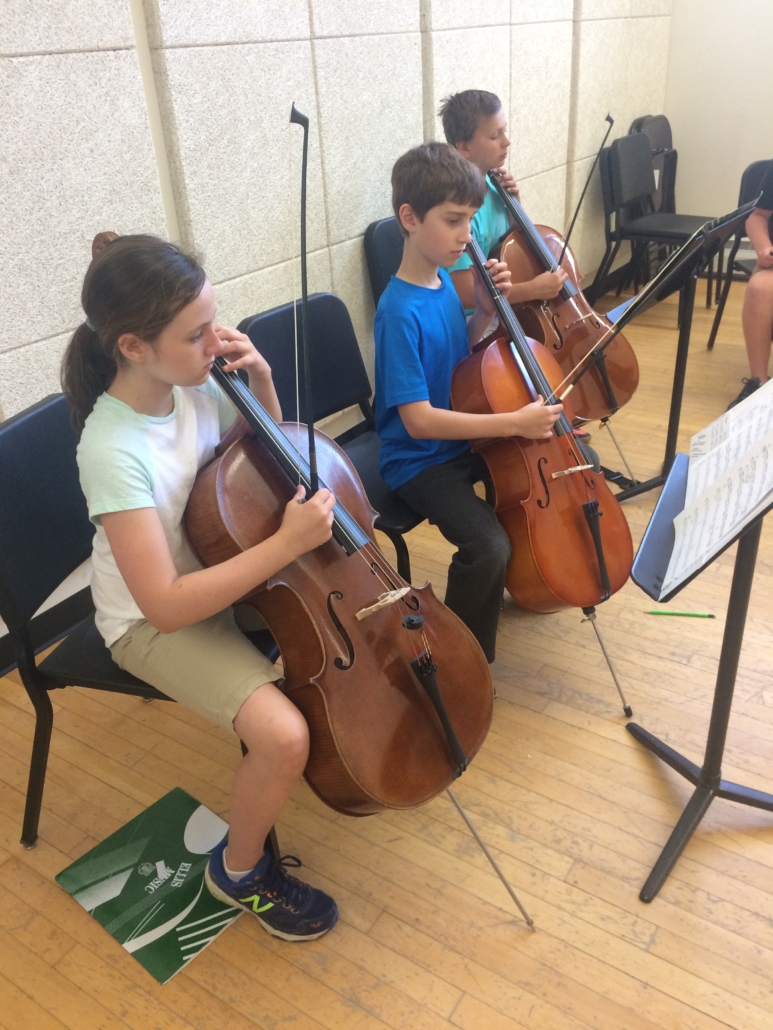 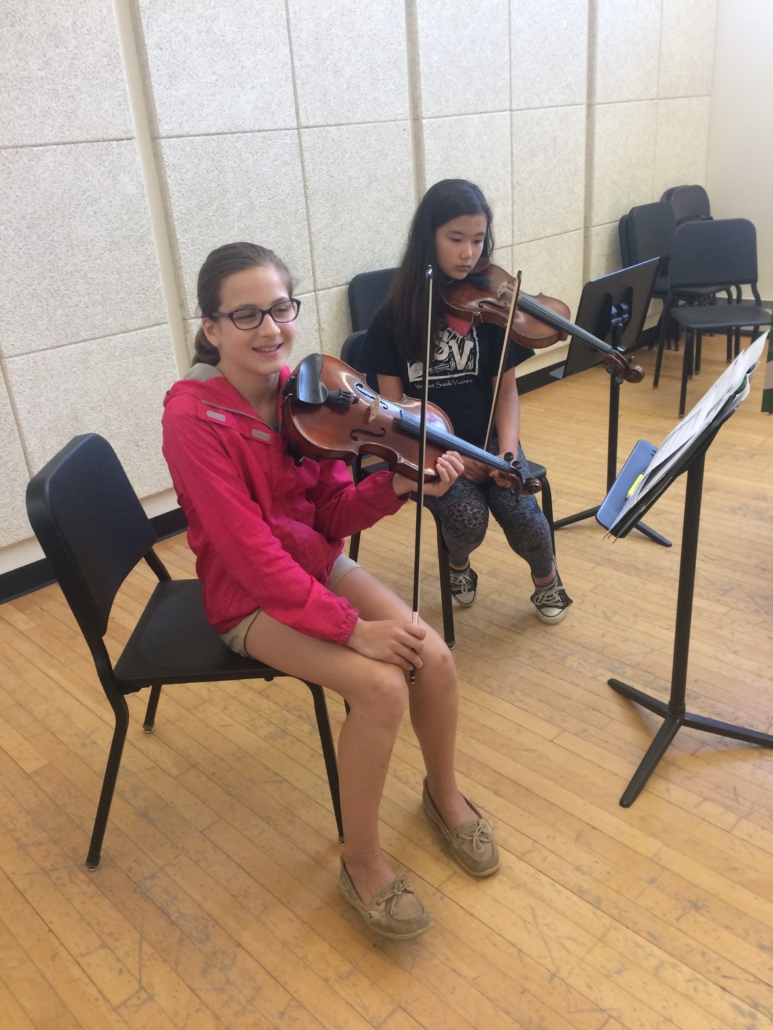 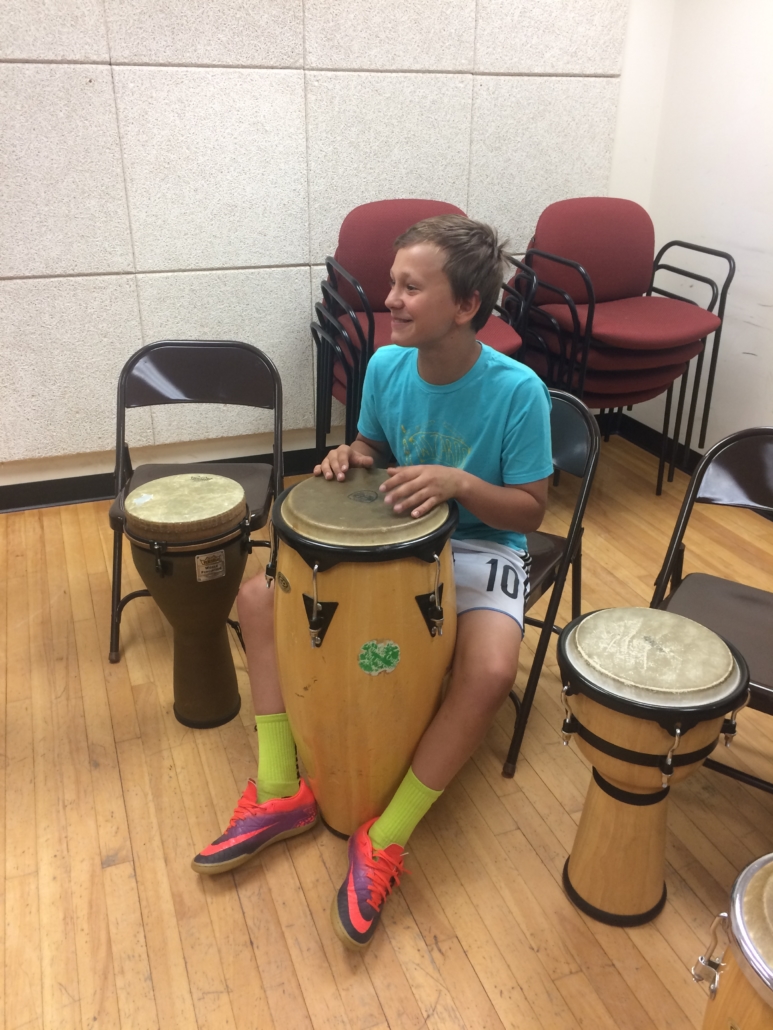 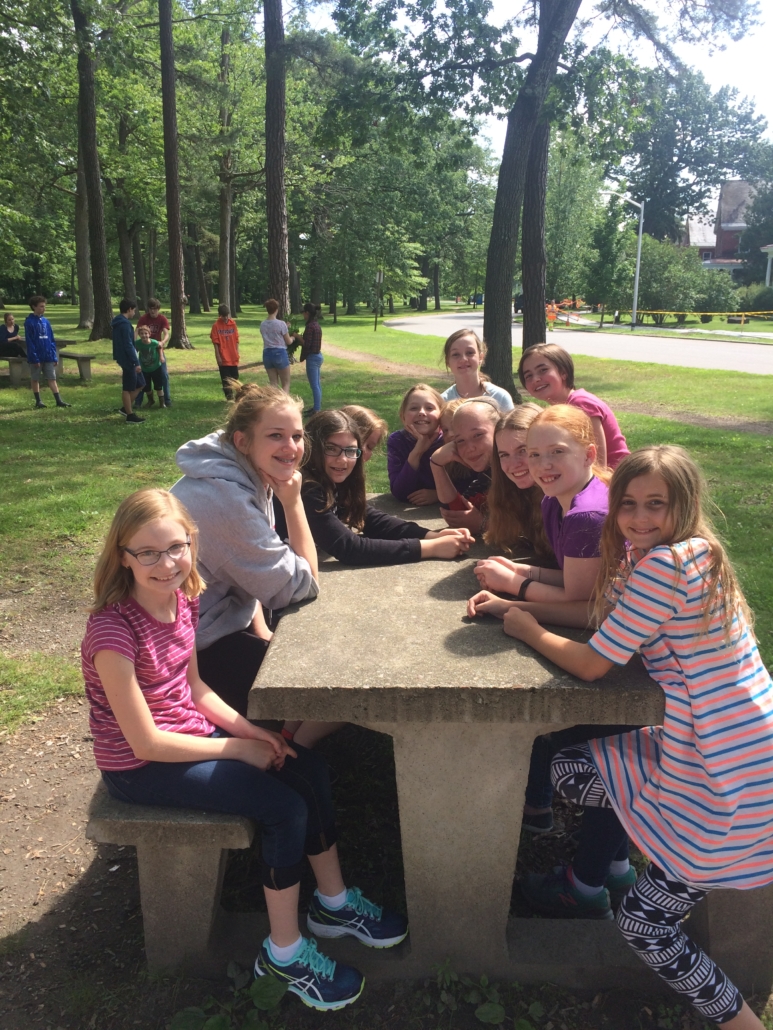 Students who are currently in grades 4 through 8 can include orchestra in their summer plans by enrolling in the VYOA’s Summer Symphony Camp, which will take place at Elley-Long Music Center from June 24th through 28th.

All Summer Symphony musicians perform in the camp’s symphony orchestra, led by Kathleen Kono, and jazz orchestra, led by Adam Sawyer, making it a unique opportunity to perform a wide range of musical styles in an orchestral setting.

Campers can choose two electives from these six options:

There’s limited space for each instrument section, and flute is currently wait list only. Financial aid is available.