SPRING CONCERT WEEKEND IS ALMOST UPON US!

Come to any (or all!) of these upcoming concerts that we are proud to present.

Admission at the door, cash or check only please. 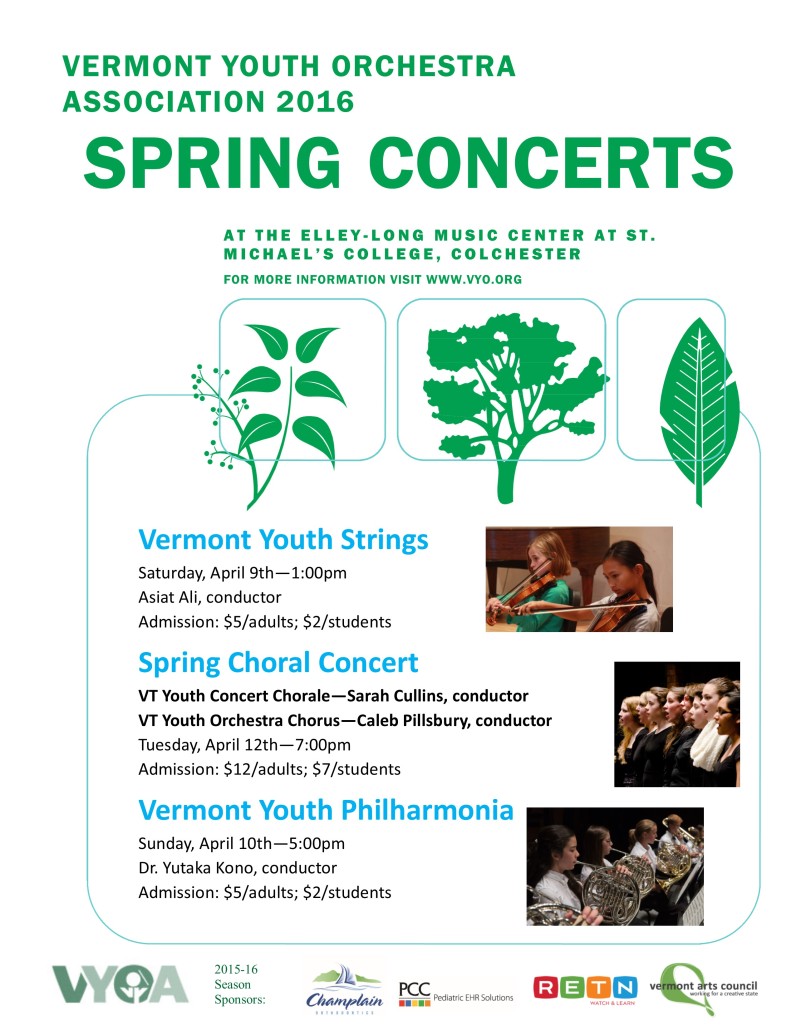 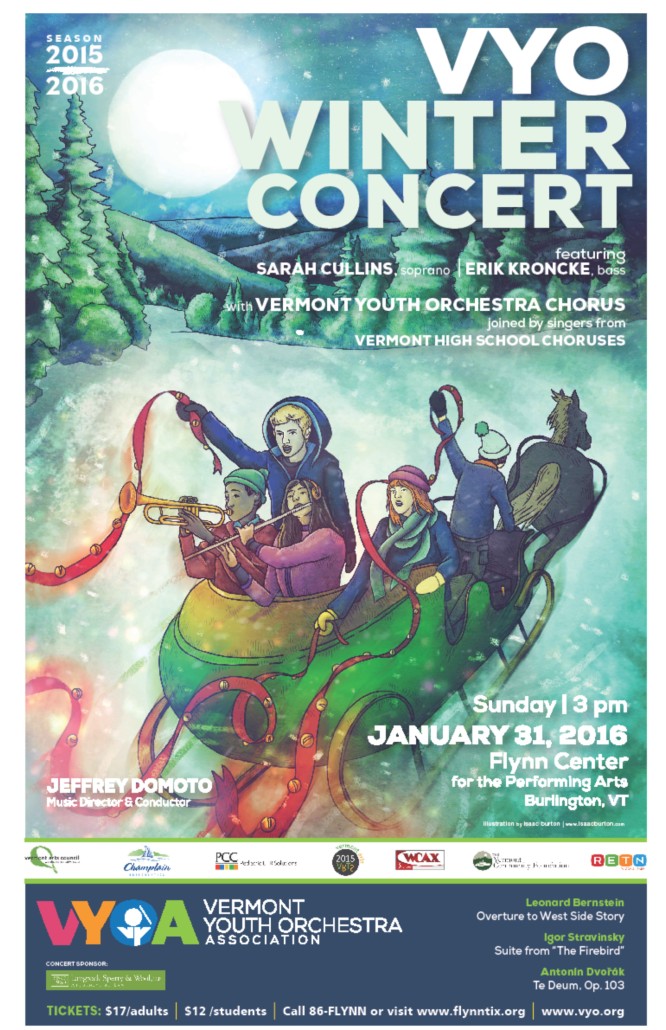 “The winter concert includes some of the most popular works found in the symphony orchestra repertoire. The exciting rhythms and well-known melodies of Leonard Bernstein’s Overture to West Side Story opens the concert. Continuing this season’s theme of great Russian masterpieces, the VYO performs the Suite from Igor Stravinsky’s Firebird.  Finally, hear the VYO joined by a massed choir of the VYO Chorus and area high school choruses performing Antonin Dvorak’s Te Deum, Op. 103, a spectacular work that marks the beginning of Dvorak’s musical period influenced by American music. Joining the massed choir are soloists Sarah Cullins, soprano, and Erik Kroncke, bass.”