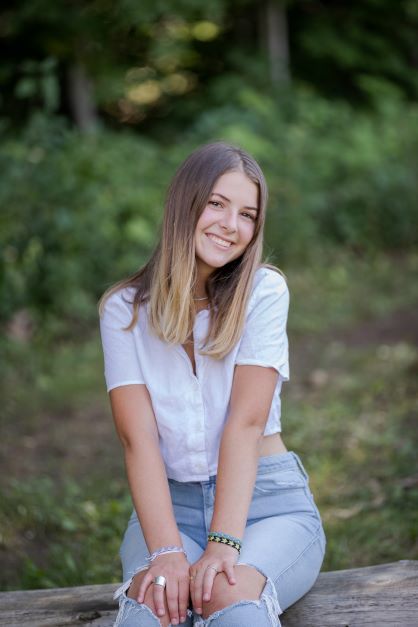 When we think of Melissa we often think of her as a member of a quiet group of violin players that started in VT Youth Strings together (trying to get them to yell “Hey” in Stomp and Fiddle took a lot of coaxing) and have moved through the orchestras together, dressing up as M&Ms for Halloween, and traveling to Spain and Portugal on tour in 2019. As performing musicians we have even had the privilege of performing with her from the pit orchestras of her school musicals while she has been on stage for shows such as Oliver and Beauty and the Beast.  It has been a delight to watch Melissa grow up over the last seven years and we are excited to see where life takes her!

What role does music play in your life?

Music is an enormous part of my life. I grew up standing on tables singing songs in made-up languages or performing violin concerts for collections of Beanie Boo stuffed animals. As I got older, music started to become almost everything in my life, and bordered on feeling stressful and discouraging. I picked up more hobbies, like tennis, and music became more of an escape from my often hectic day-to-day life. I now look forward to any opportunity to play or perform, and I hope to keep it in my life forever.

It’s almost impossible for me to pick a favorite VYOA memory because it’s been part of my life for so long. A recent one that comes to mind was Casino Night at Reveille this past summer, singing karaoke with my friends and playing seemingly endless games of Cup Pong. VYO has given me so many opportunities to develop and strengthen friendships, from the days of turning Mia into a mummy in Presto to traveling to Spain and Portugal in 2019 to summer days eating lunch on the stairs across from Elley-Long.

I am studying astrophysics in college (physics applications in astronomy). Along with the majority of kids my age, I wanted to be an astronaut when I was very young. As I got older, I learned about astrophysics and how my love of mathematics and physical sciences could be combined with my childhood dreams. In high school I began to read astrophysics, astronomy, cosmology, and even astrobiology books and taught myself everything I could. I realized that studying space was realistic, and decided I wanted to pursue it in the future. Now I have been accepted to several schools with incredible observational astronomy resources, such as the University of Hawaii at Manoa, so I have a big decision ahead of me! I look forward to seeing what my higher education holds.