Meet two members of the VYO flute section! Where we find one of them, we usually find the other. 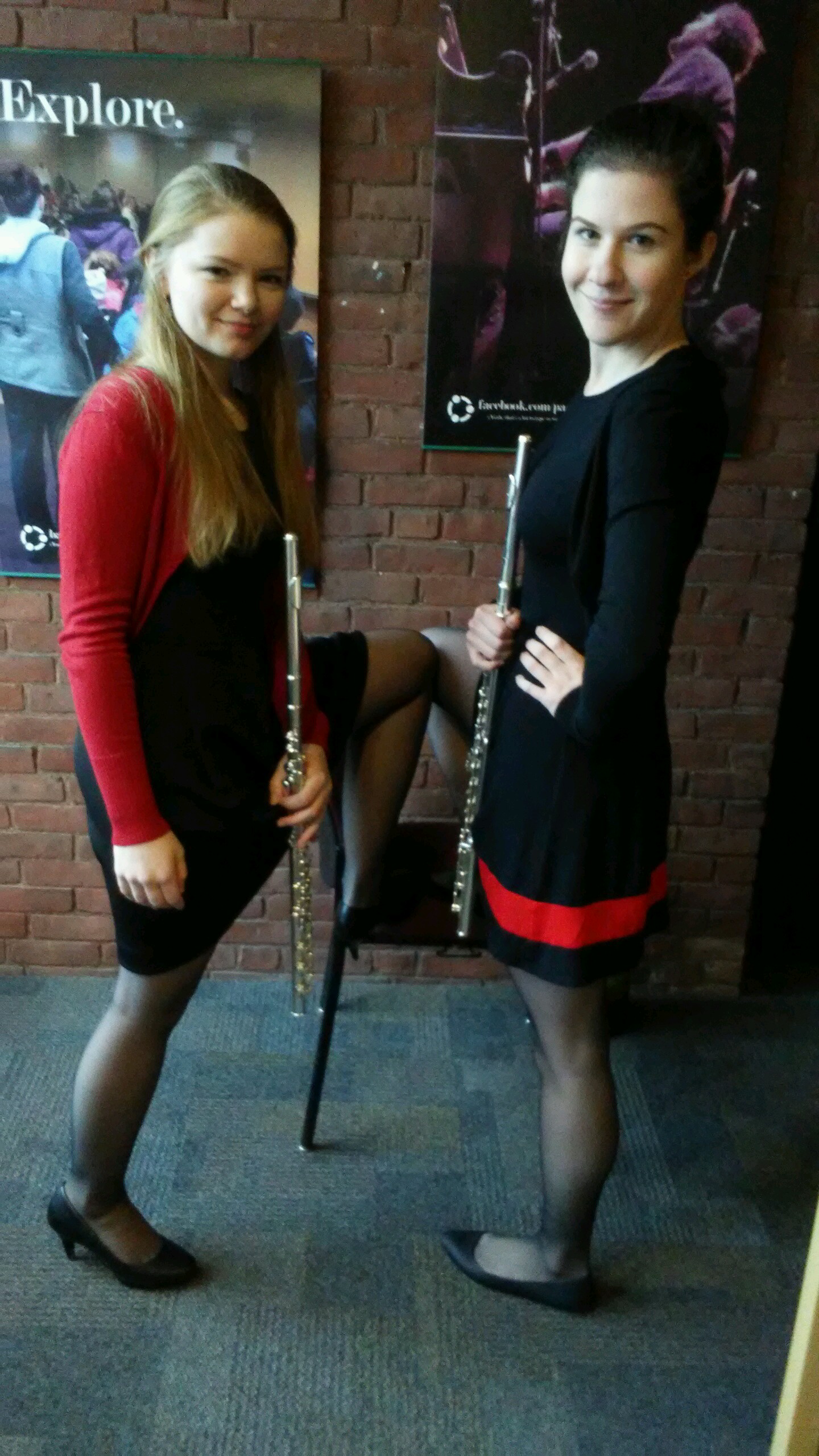 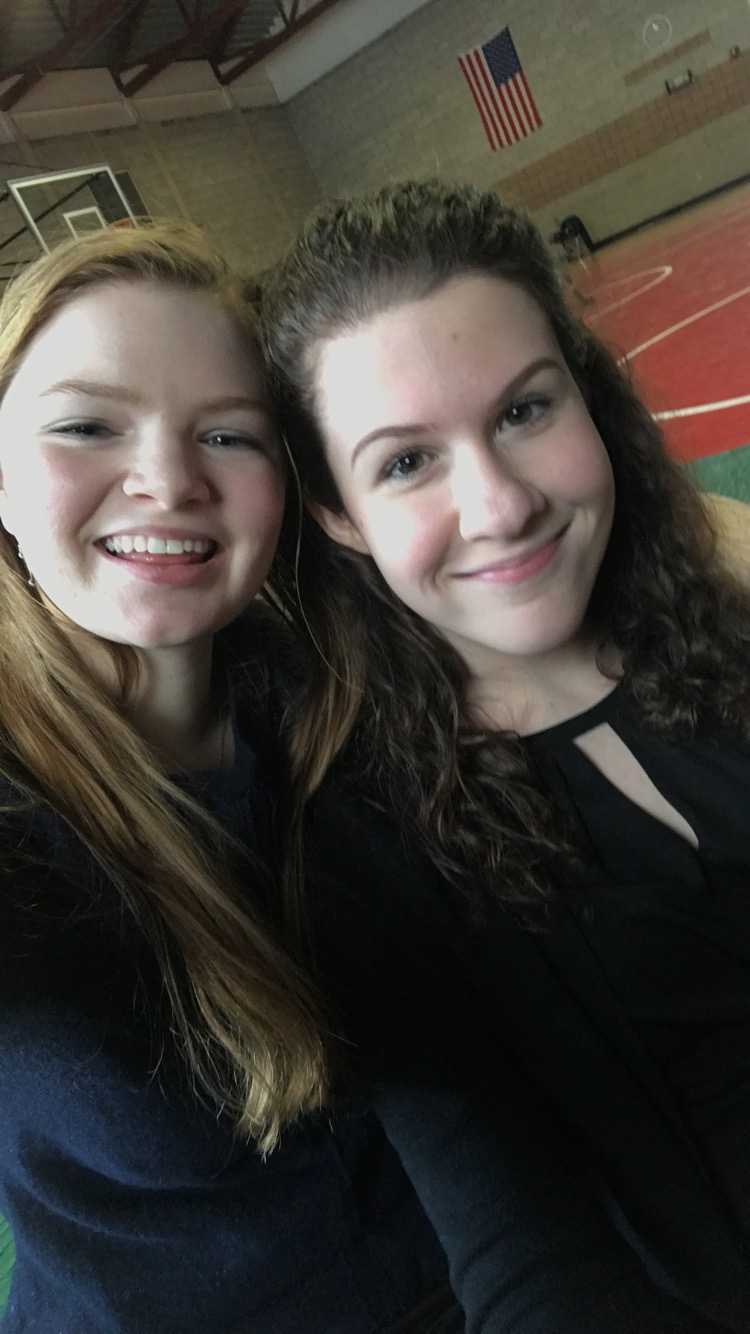 What has been your biggest musical breakthrough?

Reed: I have known my flute teacher for 13 years now, and have been taking lessons from her for 7. I’m going to be leaving her studio soon, which will be a pretty emotional moment for both of us. After my last All-State audition this winter, she and I had this moment where we were trying to figure out what to play for my last piece; I’ll always play flute in the future, but since I’m not going into music, these last six months or so will be my “last hurrah.” Together, we settled on Sergei Prokofiev’s flute sonata, which is an incredibly difficult piece that I have listened to and been in awe of for a very long time. I’m determined to learn all thirty minutes of it and even though there is no big audition or award at the end, I have never been more excited to practice!

What role has the VYOA played in your musical career?

Parsons: VYOA exposed me to playing the piccolo and ever since it has been my favorite instrument to play. It has led to opportunities like New Englands, Allstates, and the Allstate Performance Scholarship in which I have all competed on piccolo.

What advice would you give to younger music students as they strive to build their skills?

Reed: Try to love what you do. It’s okay to have really intense, metronome-heavy practice sessions leading up to an audition where you’re working really hard and trying to get every technical detail down, but some days, you’re just going to sound bad and keep messing up. And that’s okay! Sometimes, I like to pull out old music that I performed a few years ago or some other favorite pieces and go into my bathroom where the acoustics are great and just play. Just because you aren’t practicing that audition piece doesn’t mean that what you are doing isn’t useful. I find it really nice to “return to my roots” when I’m super stressed about something and just remember why I love my instrument. To me, it’s very important for my morale to take a step back and reaffirm how much I enjoy music.

Reed: I think that every day in rehearsal I make some amazing VYO memories with my friends, from laughing at the mistakes we make in the flute section to sharing lame classical music memes and pictures of our pets. I have met some great people through this organization who continue to astonish me with their humor and incredible talents. Rehearsing Franz Doppler’s double flute concerto with Addy Parsons has to take the cake, though; the two of us drove all over Vermont for our various rehearsals and had a great time mastering the piece together. Not only was it great music–it was a perfect excuse to hang out and have fun!

Parsons: I was in VYP my first year and didn’t really know anyone in the ensemble, but I was determined to make a friend. So, during a break, I turned to the flute player sitting next to me and asked her for help on this one part in the music. She enthusiastically lent a hand. Later, she said her name was Fiona, and we were joined at the hip for the rest of the day. We have been the best of friends ever since, all thanks to VYOA.

Apart from orchestral music, what other kind of music do you love?

Reed: My love of classical music has led me to explore the world of opera. Puccini is my favorite composer–“Turandot” and “Tosca” are his best, in my opinion, but I’m attending “La Boheme” at the Met in about a week. I also listen to a lot of Warren Zevon and Bruce Springsteen. As for modern music, Jon Bellion and Emily Sande are pretty much always on while I’m doing homework.

If you could collaborate with any musician, living or dead, who would it be and why?

Parsons: Emmanuel Pahud. He is a flute god.

What other activities do you participate in?

Reed: I am an avid downhill skier who sticks mainly to woods trails. I am also a member of my town’s volunteer fire department, where I most enjoy using various power tools to cut apart crashed vehicles and maneuvering our hundred-foot aerial ladder. I have been in several school musicals, run cross-country, taught music at my church, and scooped ice cream at Stowe Ice Cream Company, which is the single greatest forearm workout of all time.

Parsons: I am the deputy tree warden of my town, Weybridge, and I also teach flute and trombone privately, play in my schools jazz band and concert band, volunteer at my local animal shelter, garden, and show and judge dairy cows.

What do you plan to study in college?

Reed: I plan to major in Molecular Biophysics and Biochemistry at Yale University and hope to work in the field of cancer research someday!